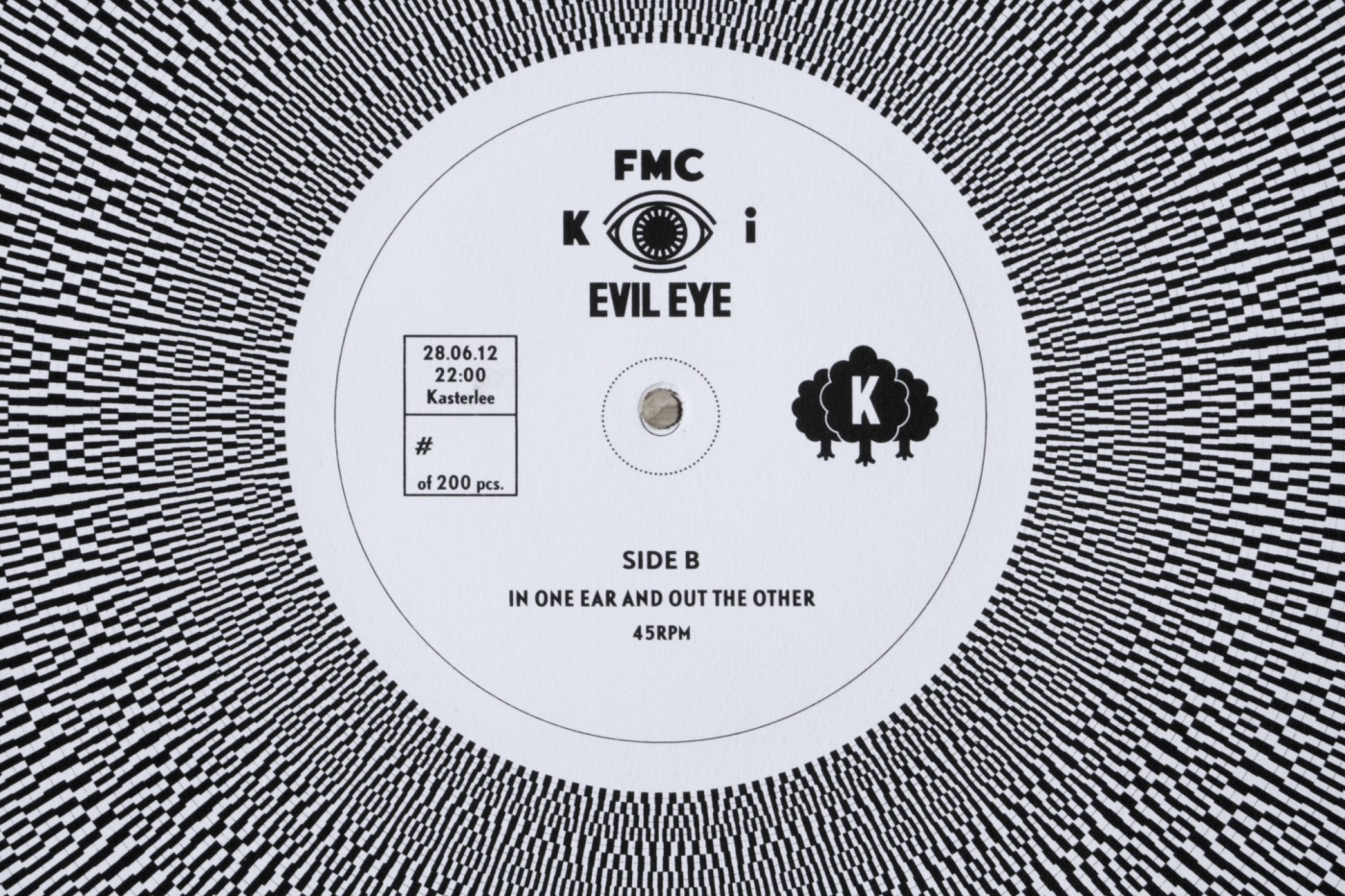 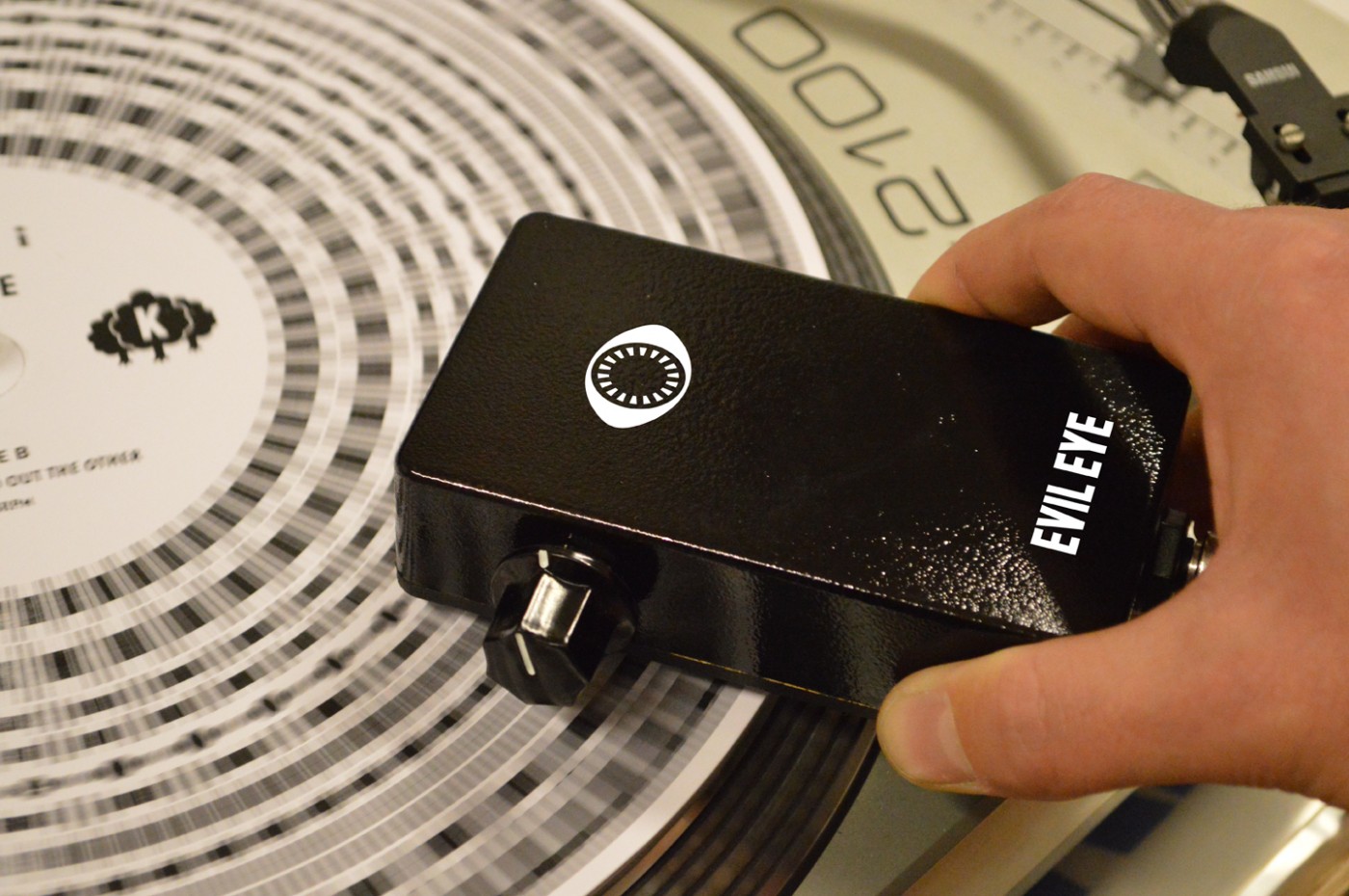 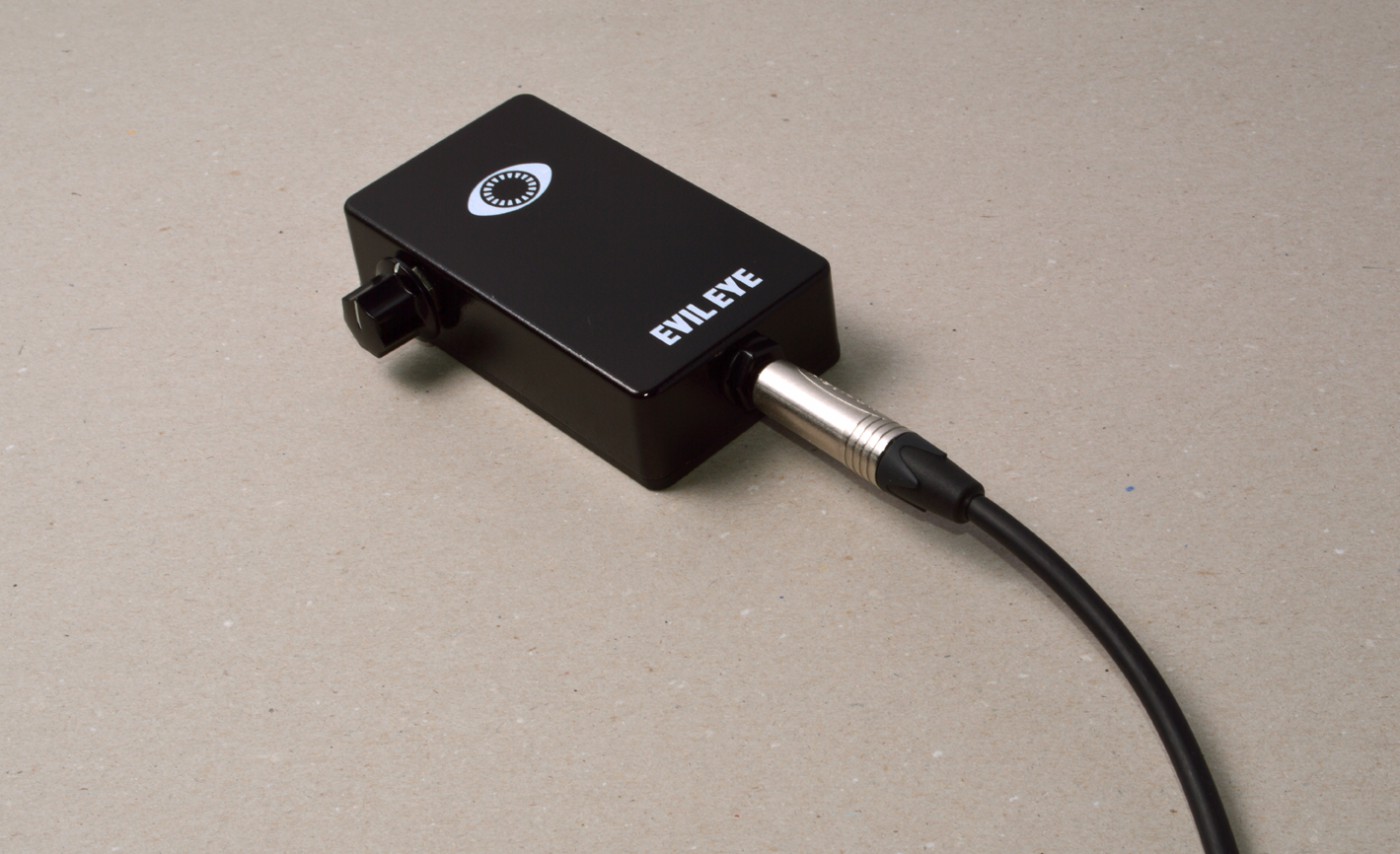 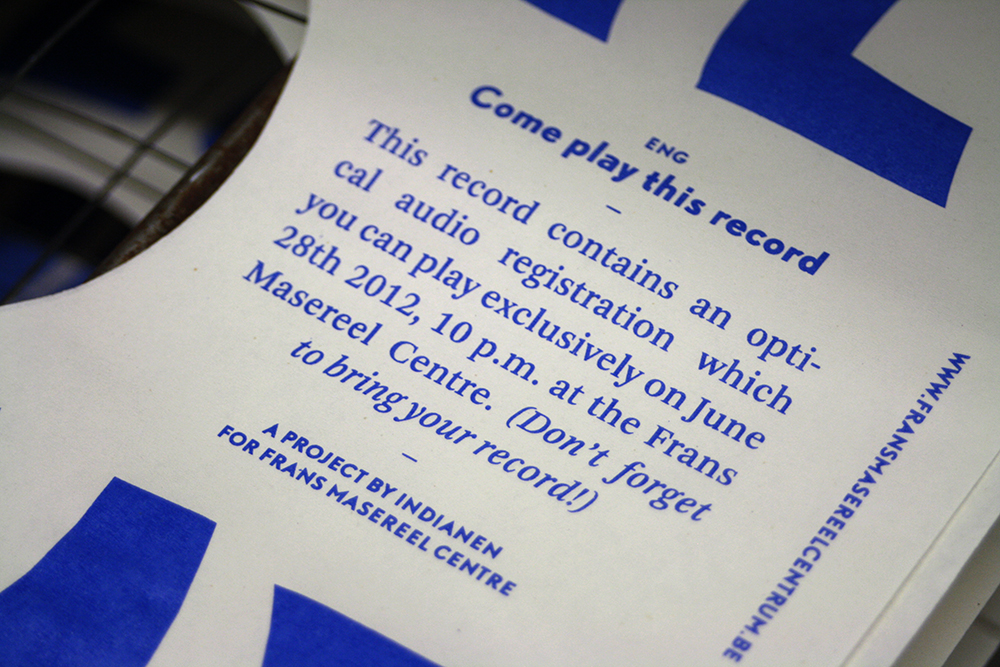 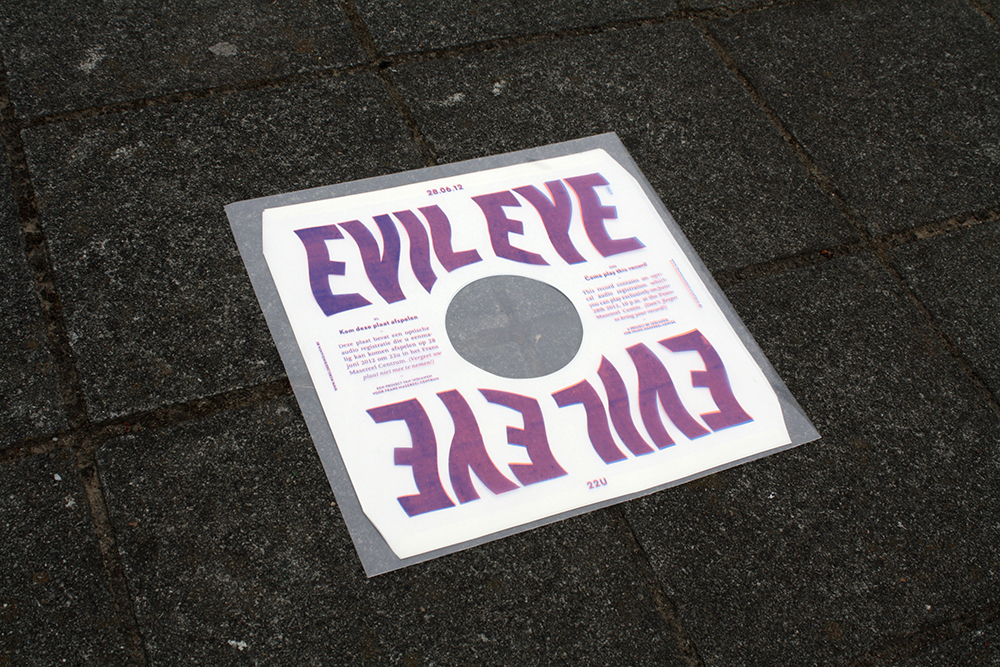 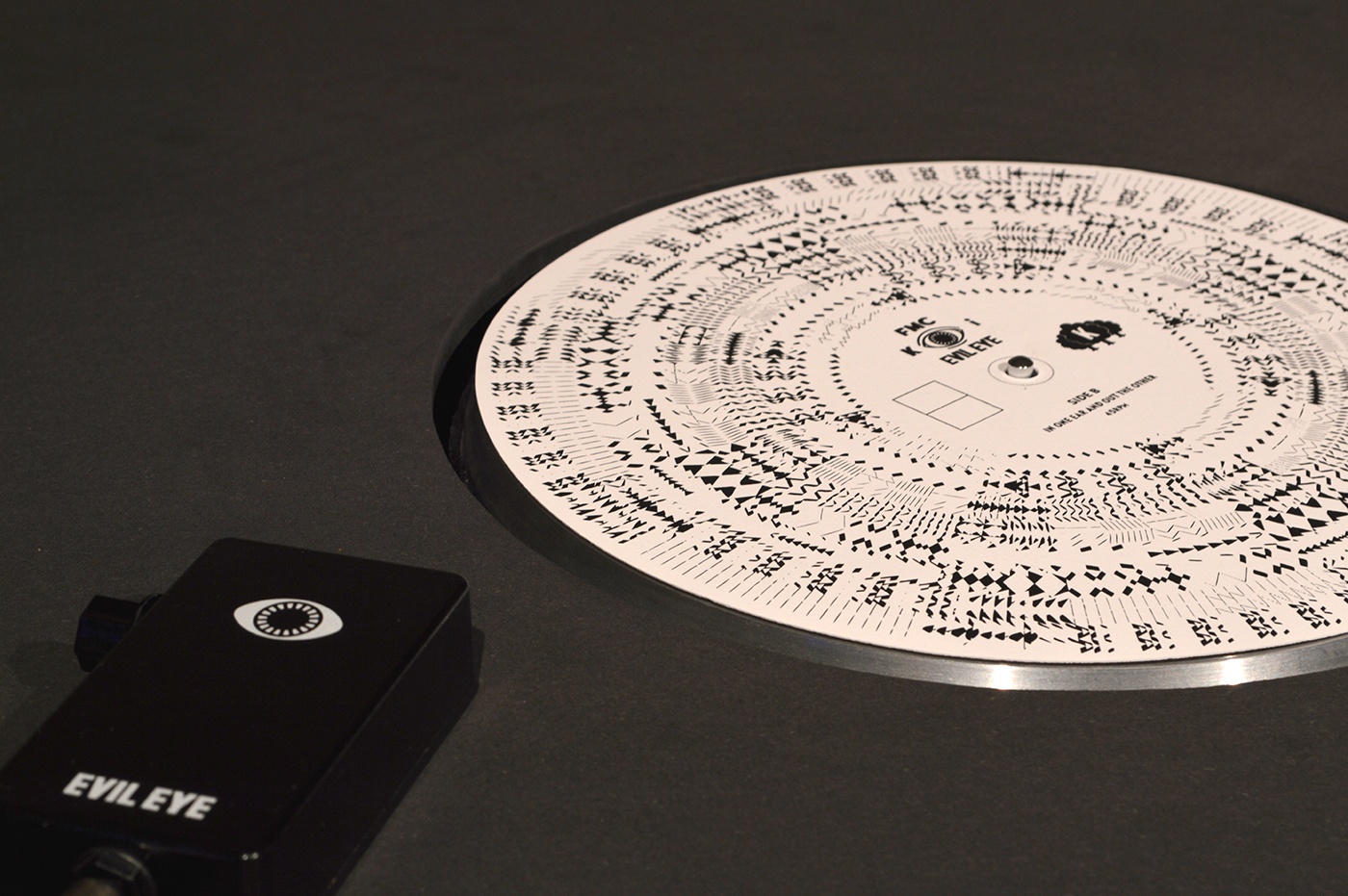 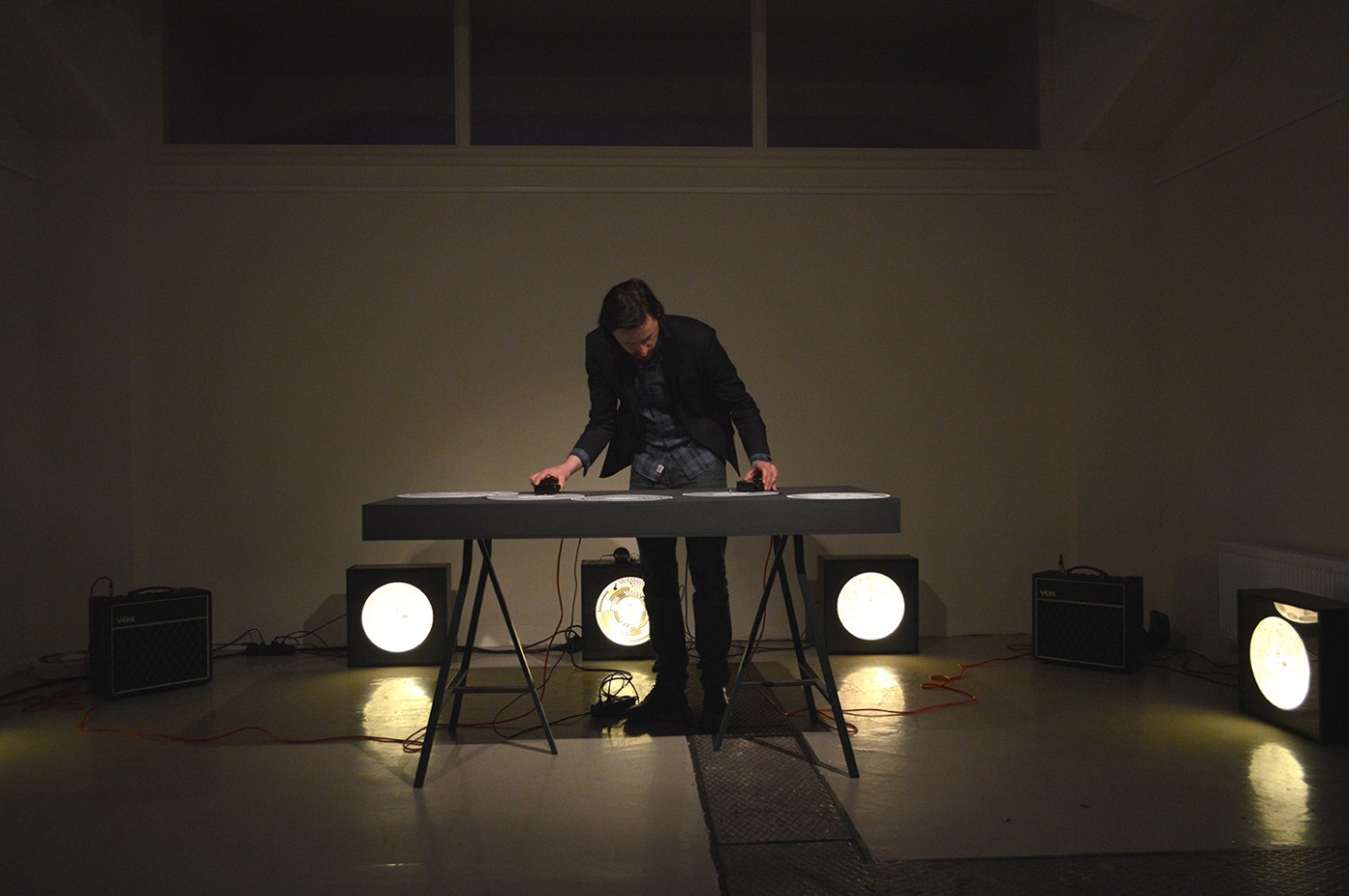 The Evil Eye project is the result of a residency we did at the Frans Masereel Center, a center for printmaking in Kasterlee, Belgium.

During the residency we printed optical audio records. We created visual patterns and silkscreened them on heavy paper. Then we handed them out in bars and on the local market in Kasterlee. On the last day of our stay at the center we did a short performance where local people were invited to play the records we designed on our home-made optical record players.

The records were only played during this performance. Afterwards, the sounds were still contained in the record, but it became impossible to extract them again. When people returned home from the Masereel Center, their records became again just prints, with a memory of the event and their sounds attached to them.

Technically, the project is very straightforward. There's no conversion between the printed patterns and the sounds they make, it's truly one-to-one. We didn't want to make prints that need some extra information to become sound. We really wanted to have all the sound inside the prints. This means there is no synthesizer or any other digital technology involved in translating the prints to sound.

When you put one of the records on the record player the rotating patterns of the prints create modulating light that is translated into an electric signal by the eye. This signal is fed into a guitar amplifier and comes out as the exact sound that is embedded in the prints.

In collaboration with Andreas Depauw and Steven Holsbeeks at indianen.

With the kind support of Frans Masereel Center