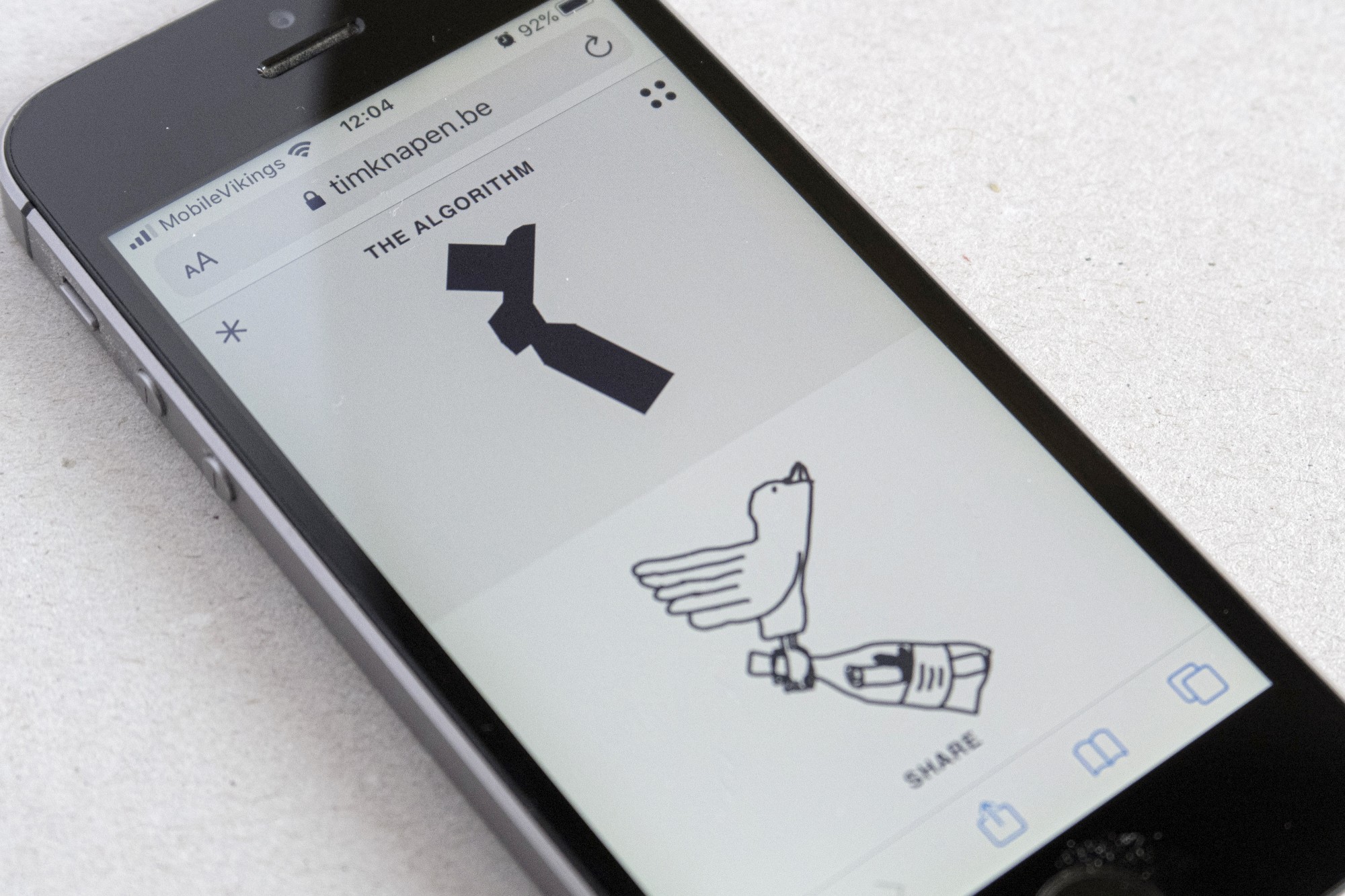 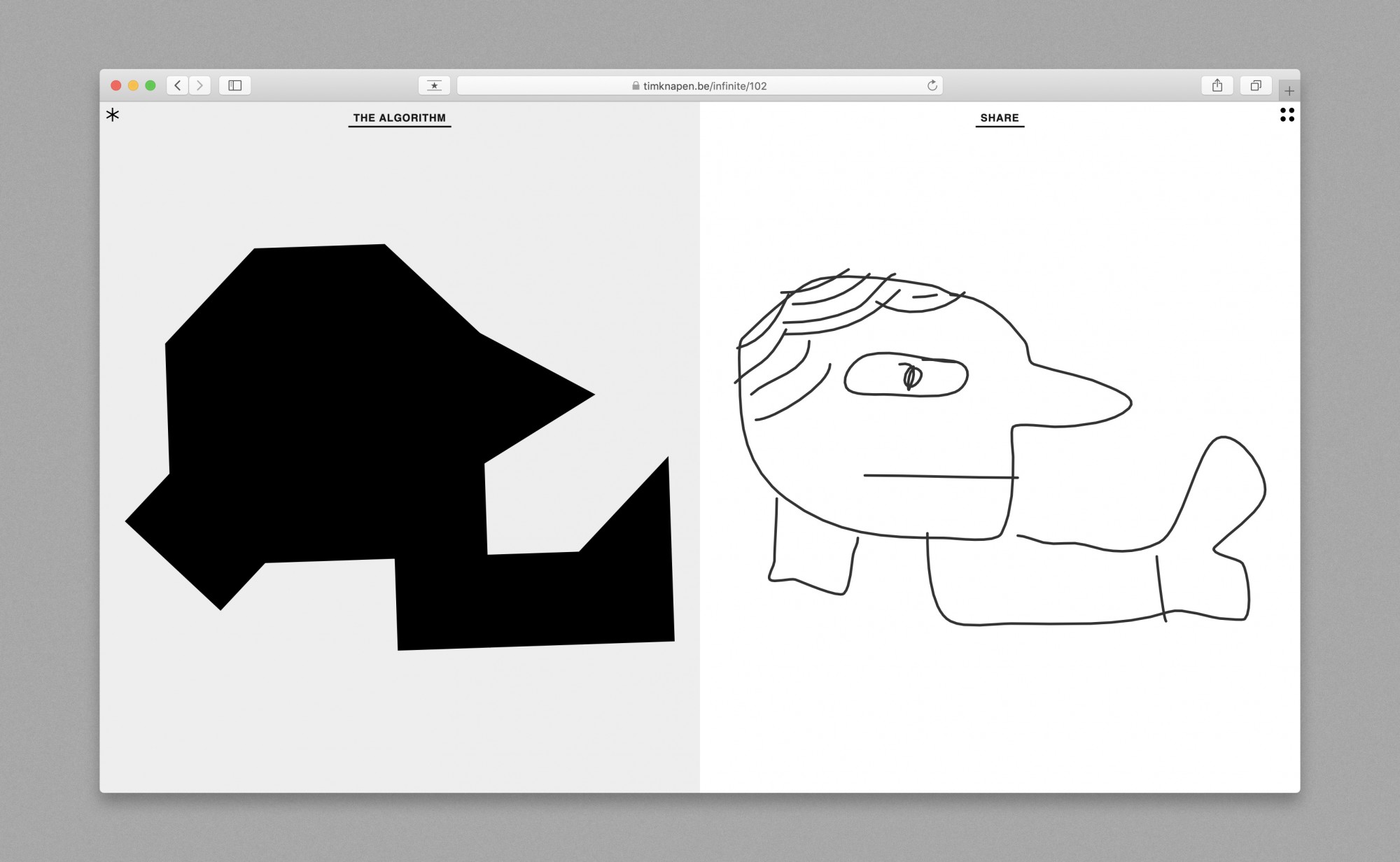 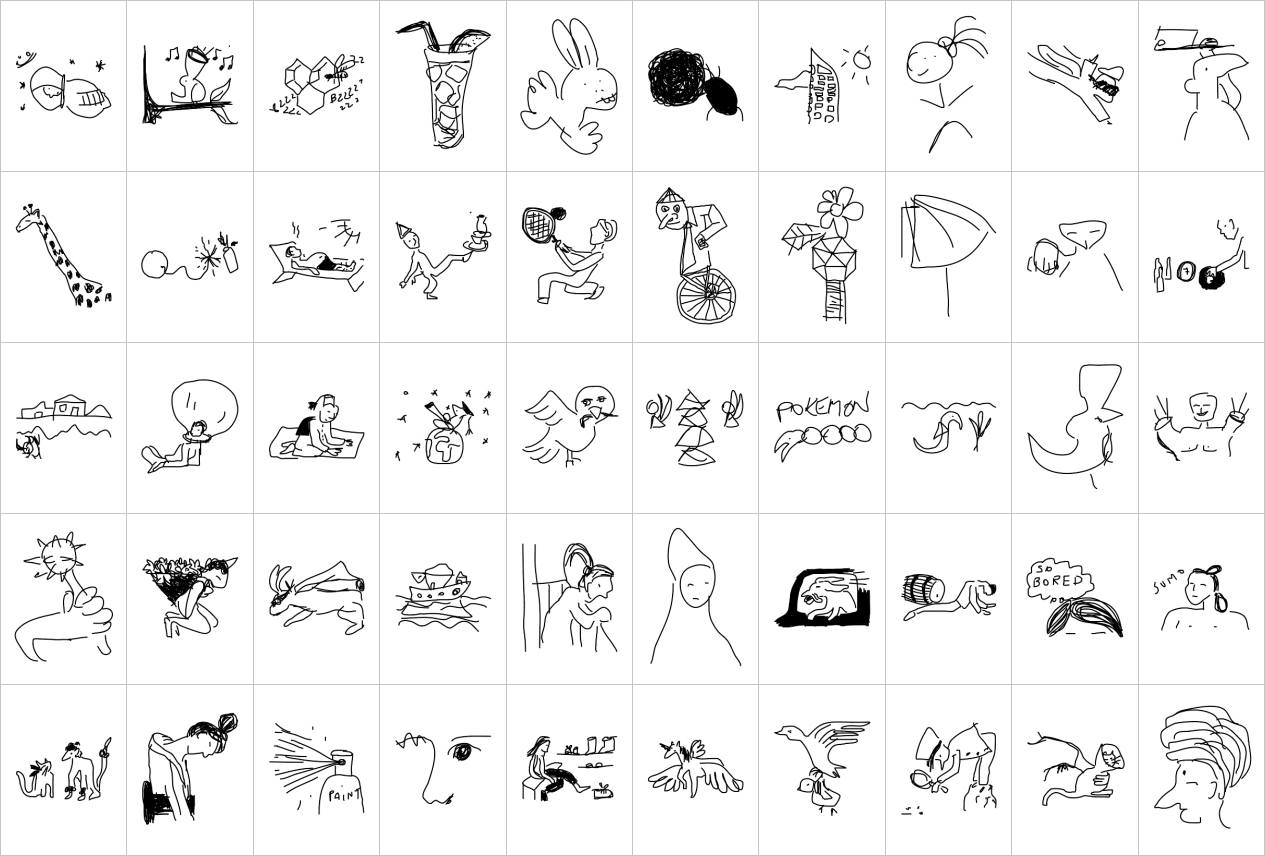 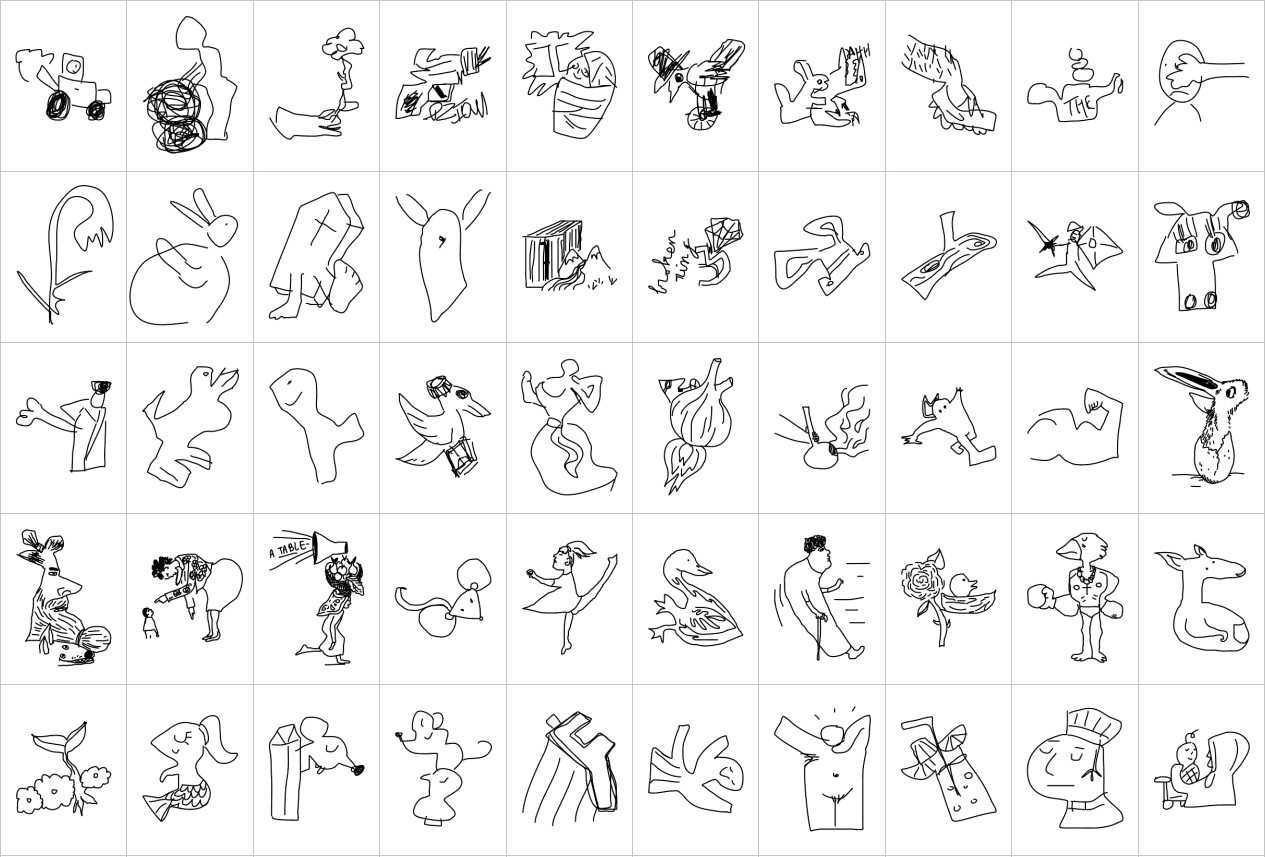 Infinite is a game for people with over active imaginations. It allows you to draw anything you want based on tangram-like shapes generated by a simple algorithm.

This project started as a reflection on the emergence of forms of artificial intelligence (GANs, neural networks or "nets") that mimic human creativity. Lately, we've seen a lot of art works that use this technology. Some have very different approaches, but often they have a very simple premise at their root: "look at what technology is capable of".
It's true, technology can seem magical... for a while. Arthur C. Clarke already expressed this idea in 1973 with his famous third law: "Any sufficiently advanced technology is indistinguishable from magic"

Infinite takes an other direction and lets you marvel at what the human brain - including your own - can do. The game presents the visitor with a simple computer algorithm that generates random shapes. You could say the algorithm has its own internal reasoning for coming up with shapes that make sense, but in essence, it's dumb and follows simple formulaic rules. Infinite comes alive thanks to that other barely understood technology that some A.I. tries to mimic: human imagination. It presents the visitor an infinite number of random and meaningless shapes, for which our brains can't help but come up with an infinite amount of interpretations. Some interpretations are trivial, bland. Most are, in my opinion, wonderful, suprising and unique expressions of imagination.

Play infinite at www.timknapen.be/infinite or view the archive.